Together with Sébastien Wolf, Georges Debrégeas and Rémi Monasson, we have studied the neural basis underlying the ability of animals to navigate towards a light source. It is a sensori-motor behavior that requires to generate appropriate movements based on received visual cues. We have taken advantage of the zebrafish larvae, a popular animal model in neuroscience, that thanks to its transparency and available genetic tools, allows the use of fancy optical imaging methods to simultaneously record tens of thousands of neurons while the fish is behaving. The analysis of these large-scale neural recordings, together with behavioral measurements has led us to identify and characterize the dynamics of a set of brain areas that are key to photo-taxis. They produce a slow periodic signal that controls for the direction of movements, this periodic signal is distorted by visual inputs so as to bias movements towards a light source. This peculiar dynamics can be accounted for by neural models whose structure is based on known anatomical facts about these brain areas. 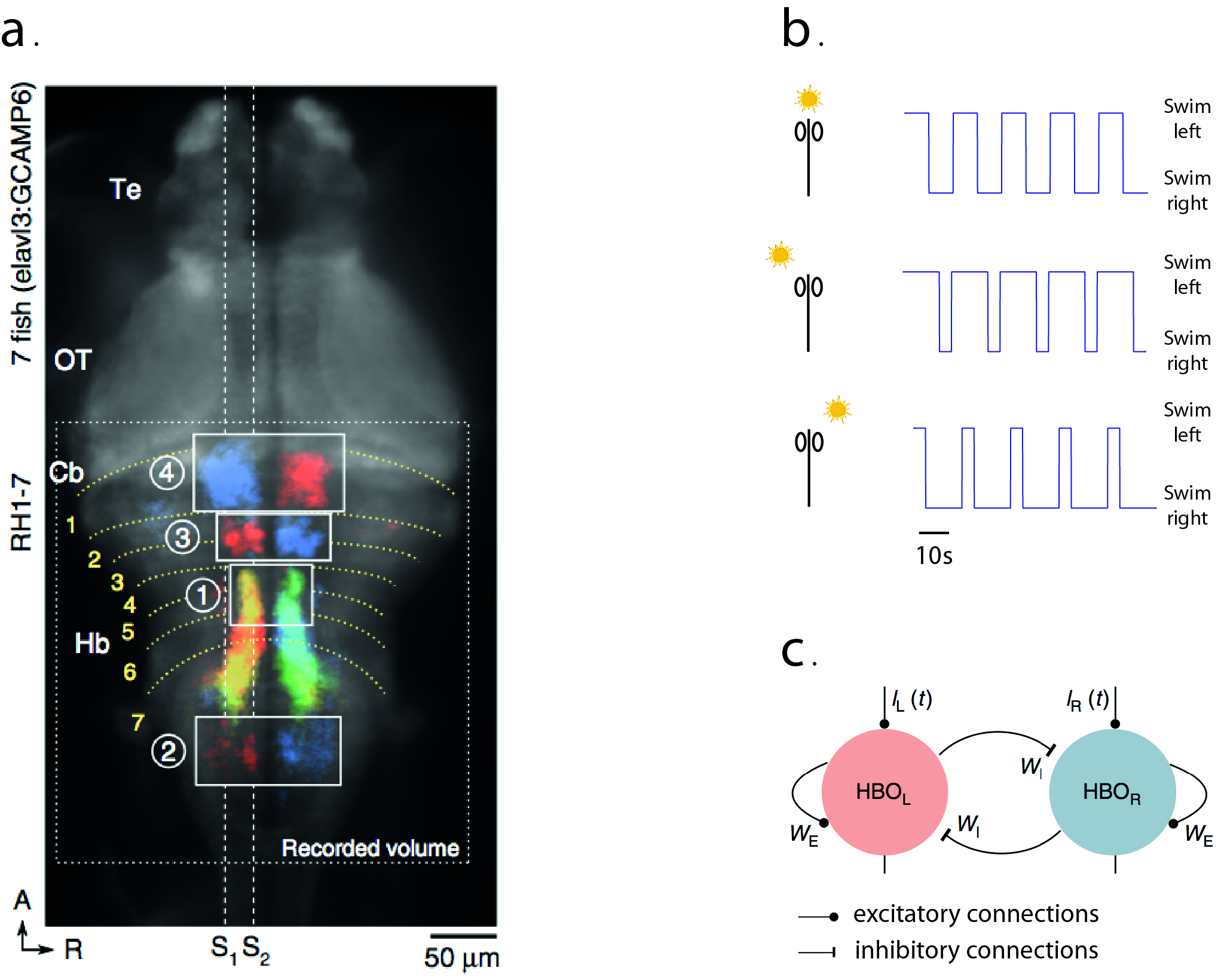 .
.
a. Zebrafish brain, colored are neurons whose activity is correlated with motor behavior.
b. Schematic of neural activity in areas 3/4 that generate motor behavior and that is biased by visual cues so as to produce photo-taxis.
c. Network model, grounded on anatomical observations, accounting for recorded activity.

Learning of new motor skills is a trial and error process. At the initial stage of learning, trials are highly variable, to allow for some form of exploration, and as learning progresses towards a satisfying motor skill this variability is reduced. How can this variability be controlled in a neural circuit ? During their early life male zebra-finches learn a highly stereotyped courtship song, and as such they make for an interesting animal model to study motor learning. I have analyzed electrophysiological recordings collected throughout the learning process in zebra-finches to quantify the reduction in variability at the neural level. Based on this analysis and known physiology and anatomy of the zebra-finch neural circuitry, a circuit model has allowed us to infer a mechanism through which a motor circuit could reorganize throughout learning such as to decrease variability as learning converges towards its target.

The validity of this mechanism as later been supported by experimental measurements, see Gartz-Orozco, Elife 2014. 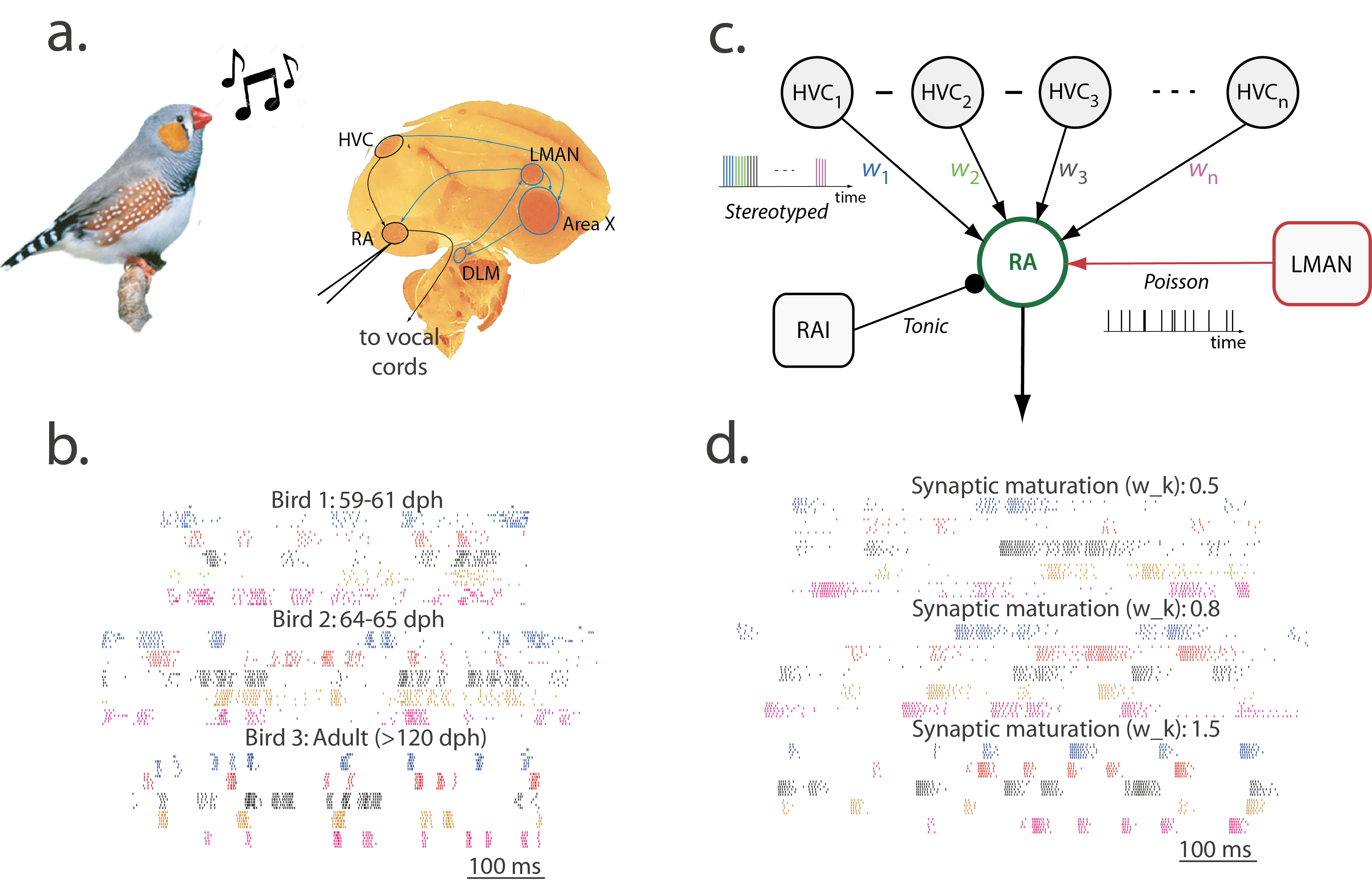 .
.
a. Song learning in zebra finches is a particularly interesting instance of motor learning for which the neural anatomy of song production is well known.
b. Example of neural activity recorded in a motor area throughout learning (each color represents activity of a neuron that has been recorded for 6 repetitions of its song).
c. Network model accounting for recorded activity.
d. Changing some properties of synaptic weights between HVC and RA accounts for the reduction in neural variability throughout learning.